interview with Philip McKibbin
Raniera Rewiri (Te Whakatōhea, Tūhoe) calls himself the Plant-Based Māori. He is the founder of Tupuānuku, a vegan market stall and catering company based in Whakātane. He also hosts the podcast Planting Seeds, which shares inspiring conversations.
https://www.facebook.com/PlantBasedMaori/
https://www.instagram.com/plantbasedmaori/
https://www.youtube.com/channel/UCifd7uQWVx7wZ6xJ6-GFrYg
That’s a real good question. I love relaxing. I love just being around my partner. I love being around my family. My favourite thing to do would be to sit, talk, and grow with friends. Especially, I love talking about philosophy, and how we can be better, and how we can grow. And just talking about certain topics within wānanga – wānanga is just when a group of people come together and we talk and we share, and yeah, we just discuss things that are important to us in that moment. It’s funny how you can find happiness and fun in the depths of things. (laughs) I think that’s where it is for me. The next thing for me would just be finding good spots to enjoy food. I love going out and enjoying food. I also love training, when I’m in that space. Outside of that, I feel like I’m a pretty simple cat. You know, I just like to be around friends, talk. I love playing cards – that’s another good thing that I like to do with good friends. Yeah, that’s what fun looks like to me. 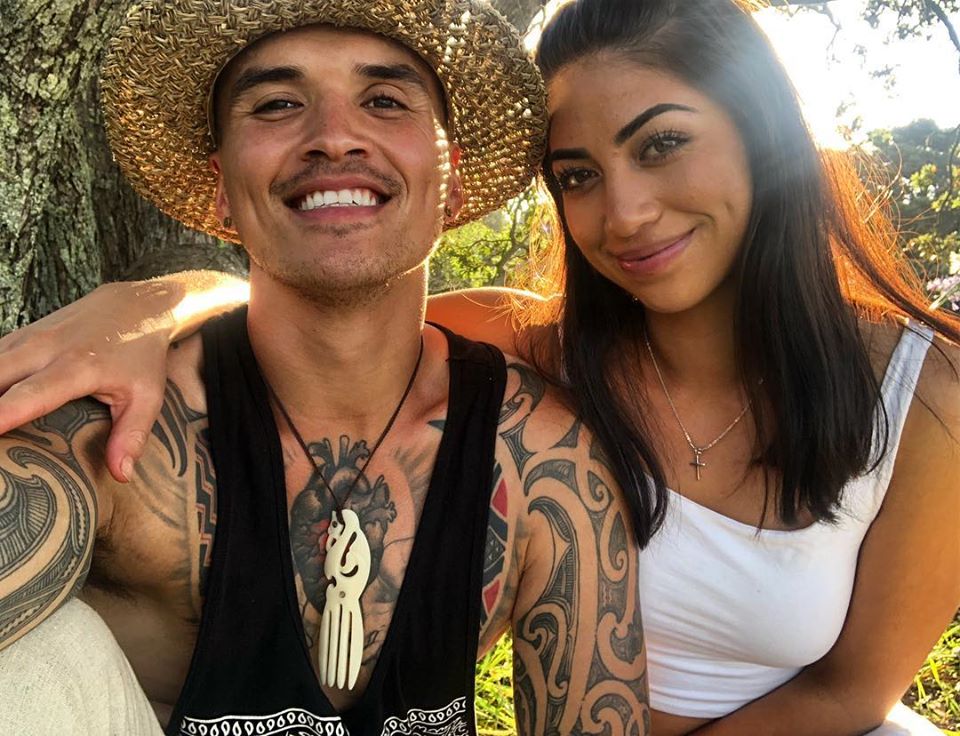 Raniera with his fiancée, Hinepanea.
You're a role model for many people – Māori mai, tauiwi mai – in part because they view you as someone who has made really positive changes in your life. It takes humility to look at yourself and say, 'Yeah, I could be doing things a bit better.' How has listening to other people, and considering their perspectives, influenced your mahi?
​Yeah, I think it’s a pretty big part of it, actually, cos I think, without people my work wouldn’t really have much substance. I put out a lot of things, either online or in person, and integrity is a big part of the decisions that I make, as well as sustaining those changes – because if I go out there and I share something with someone or a group of people, a big part of myself is, I want to at least do my best to live up to my word. And when I hear things from people who say those nice things, they’re just generous and have those good thoughts about myself, you know, that is really humbling. It just reaffirms to me that, in a way, what I’m doing, it’s for the good, and it’s for the right reasons. So I think, in that process, a simple philosophy that I live by is that, if something’s going so good, why stop? So, yeah, when people are just vibing with it, or when people are engaging with it, then it’s a pattern and a sign for me to continue.
​I can’t go further than my best mate, Te Haunui Tuna. He was the main reason I became curious about the lifestyle, and it was mainly just his approach as well. And it’s something that I’m actually feeling at the moment. There’s a lot of push and force around the lifestyle at the moment, from people within the community who are driving the messages in front of people – either in an aggressive way, or in a passionate way, however you wanna look at that. But the way that Te Haunui enabled me to be curious enough to at least give it a good shot was just by him living. He didn’t ever force the lifestyle. He didn’t really, like, talk about it. A genuine question was asked, and as soon as I started to get curious and I saw how happy he was, I saw how much flack he got from certain people but still had a smile on his face and still committed to it, it just made me think, ‘Far out! Here’s a genuine, good human. He’s a good man.’
It's natural, I think, to view veganism as something that's all about creating a better future. That's certainly part of it – but I'm interested in the ways that your veganism connects you to the present, and to the past.
​I think presence is definitely what the lifestyle has given me – just eating more plant-based, nutrient-dense food. There’s just something in it. Sometimes the answer is just so simple that we don’t even see it. We always talk about food, but when you create a strong connection to food, it allows you to be a lot more conscious, it allows you to feel a whole lot more, and it allows you to become aware of the intangible. So when we’re thinking about presence – you know, we’re here right now – you can feel, you can think, you can be in the moment. That intangible or the unseen is actually a bridge to our past. To do the plant-based lifestyle has allowed me a stronger connection to my ancestors, to my tūpuna, because in my mind, I don’t believe they were fully plant-based, or fully vegan, but they did have a higher ratio of plants in their diet than they would have anything else. So for me, it’s just about thinking about our old traditions and how do we apply them to today’s modern context?
​I put myself in my ancestors’ shoes, and if they saw the state of the globe or they saw the state of our culture as Māori and our people, I like to believe that they would choose a plant-based diet over the Westernised diet that the majority of us are living at the moment. So, for me, it’s definitely allowed me to be a lot more present, in terms of being aware of what’s happening around me, and self-awareness, but also through that making a strong connection to my past, as well as an insight into how they may live if they were around today. 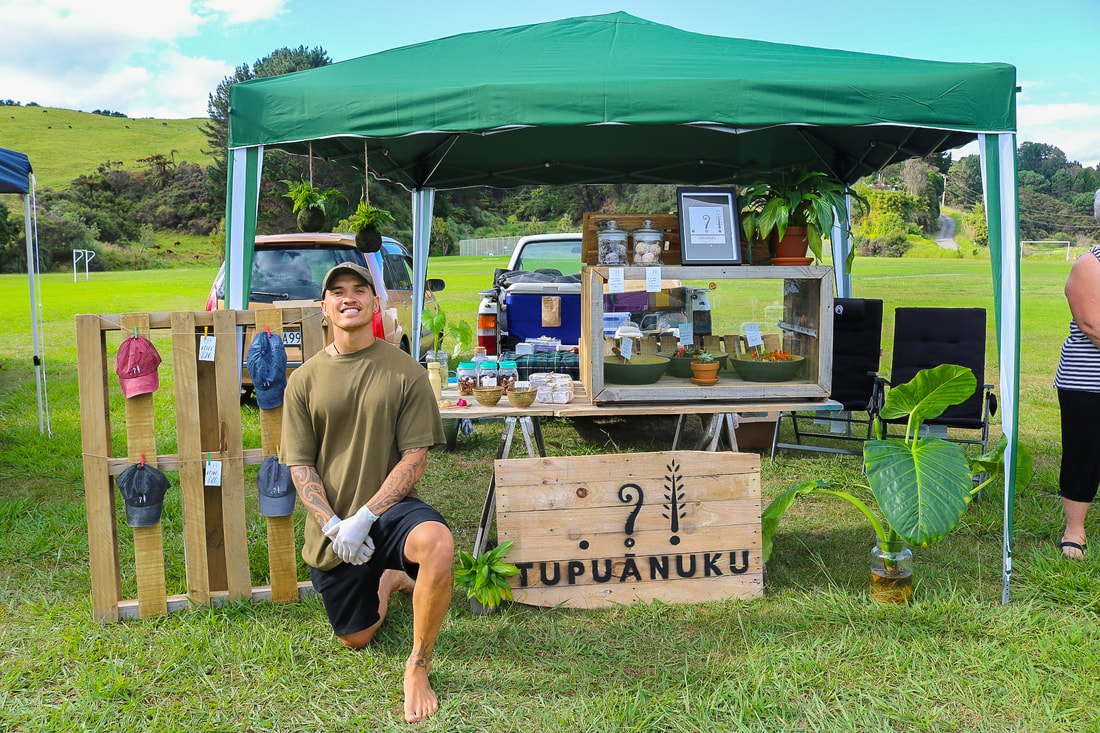 Tupuānuku, Raniera's plant-based kai business.
When I spoke to you last year, Tupuānuku was taking off! How has your food business grown since then?
Most of the time, when people think about veganism, they think of it as a very individualistic thing – they think about the difficulties it involves, and about how much it would require them to change. So much of what you do is about other people. Is that the case with your veganism, too?
​Yeah, I feel it’s just people’s limited understanding which puts them into that space of self. I heard something that I really resonate with – it’s that people dislike what they don’t understand. So if people are willing to understand the lifestyle, it’s much easier to get out of this individual, or singular, way of looking at things, and step into this we, this our, this family, or this community way of thinking. And for me, it definitely liberated my own self to be a part of something bigger.
It was great to hear that you got engaged this year! Congratulations! How do you and your wahine support each other in maintaining healthy lifestyles?
What's next for the Plant-Based Māori? What's on your radar for 2020?
​I think I’m going to get a lot more vocal. I feel that I’ve established a good amount of merit from the community, from people, and I think my confidence is just building to not really share messages or be vocal about something that’s going to be direct, but just finding the right ways to communicate the message where it’s open-ended, where there’s an offering or perspective, so people can participate in it, whether they choose to or not. It’s one of those things that I’m looking into at the moment.
​2020’s going to be pretty big, as we’re going to be moving around the motu, the country, with the food trailer. So just being mindful of that, as well, and just trying to maximise that experience by, like I said, not just focusing on business or sales, but also thinking about the quality of the food, as well as the message that we’re able to share with it.
​And also, having the best podcast in New Zealand is probably the next goal as well. (laughs) I think a big strength of mine is that the thing I love most is just connecting with people, and having thought-provoking conversations. I’ve had so many conversations about my journey that have been real transformational, so being able to create a resource through the Planting Seeds podcast, it allows me to engage with people, but allow access for people to actually listen in to the conversation that may be of benefit to them, whatever they may be going through, to add value to their journey. So I’m going to look at turning the food trailer into a little podcast studio as well, and when we do go out to different communities, we’ll have something set up there to try and get conversation happening with people who are living around the country. So yeah, that’s the goal, just to keep that content coming out, and it’s been really, really well-received since we’ve started. So I’m just going to continue to step in that current and allow that flow to lead us to wherever it may go. 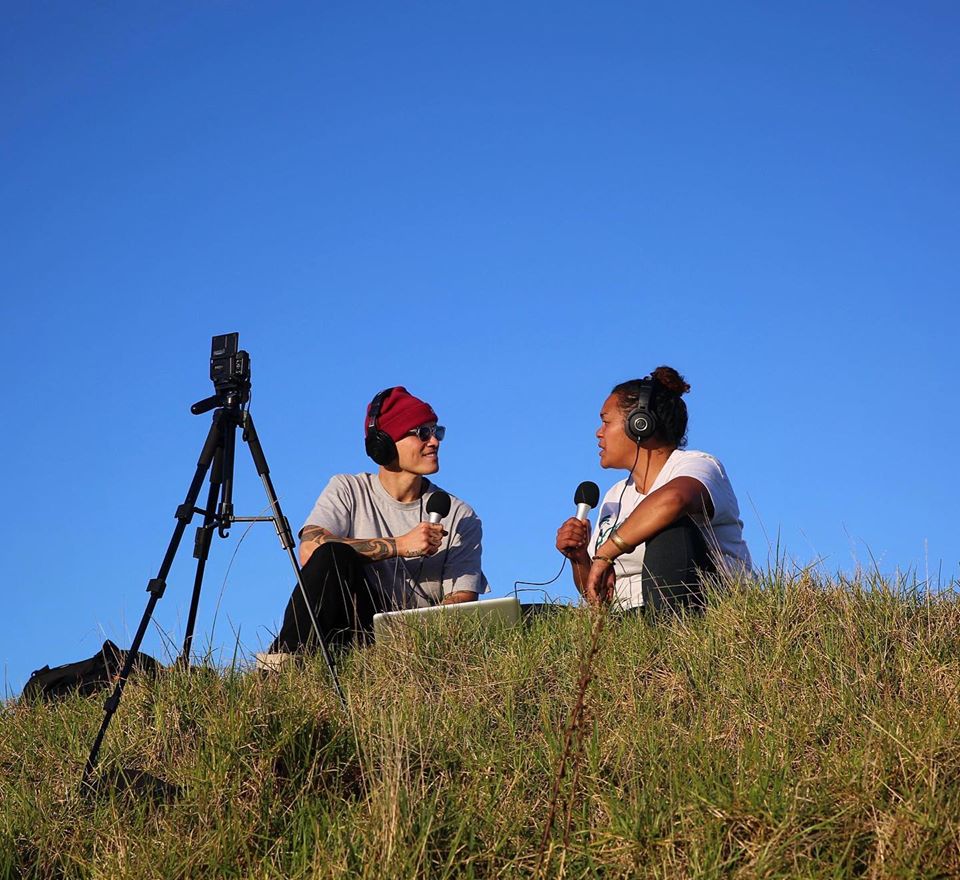